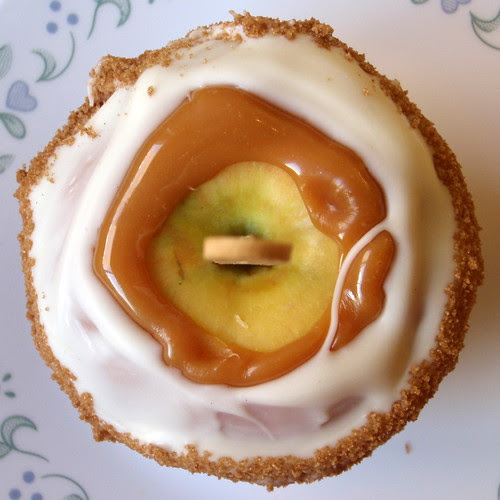 Sorry I haven't posted in a while; the main reason is that I've been traveling, namely to San Francisco, the land of the Ferry Building Farmers Market, Zuni Cafe, and garlic fries at AT&T Park. Got a lot of inspiration from the trip, and I'm sure I'll be posting about that in the near future, but right now I want to talk about the Rocky Mountain Chocolate Factory's apple pie apple.

First of all, yes, it is one of those strange foods that have the name repeated in the modifier, e.g. chicken fried chicken. It's just one of the many awesome things attributed to this confectionary delight. Take an apple, dip it in caramel, then white chocolate, and then roll it in a mixture of brown sugar and cinnamon and voila! An apple pie apple. I used to grab one of these every time I had to travel through the Charlotte airport and was a bit sad when I stopped going down that way, but then I found out that they opened a Rocky Mountain Chocolate Factory in O'Hare airport, which I travel through a lot more!

Forces aligned once more as I realized I happened to have all the ingredients to make one myself. I had one beautiful Braeburn apple left from my Boston Organics delivery, caramels leftover from making the Samoa cupcakes, and white candy melts leftover from making the cupcake bites. The results were identical to the real thing in taste, although not quite as pretty to look at. 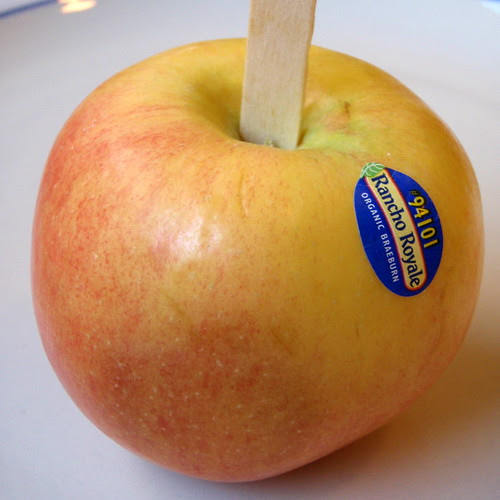 Remove the apple stem if necessary and insert a popsicle stick down the core. Put in the apple in the freezer for at least 5 minutes but no more than 15 minutes to chill. 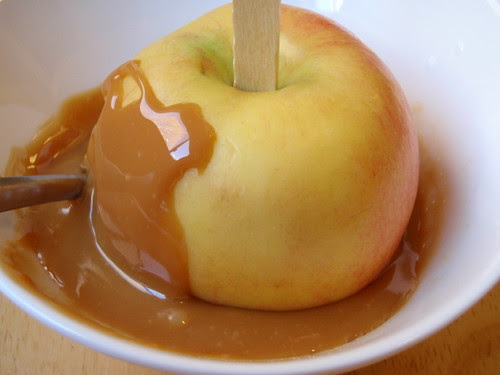 Dip the apple into the melted caramel, using a spoon if necessary to get the caramel up the sides. Once the apple is covered, place on a greased plate and return to the freezer to chill. 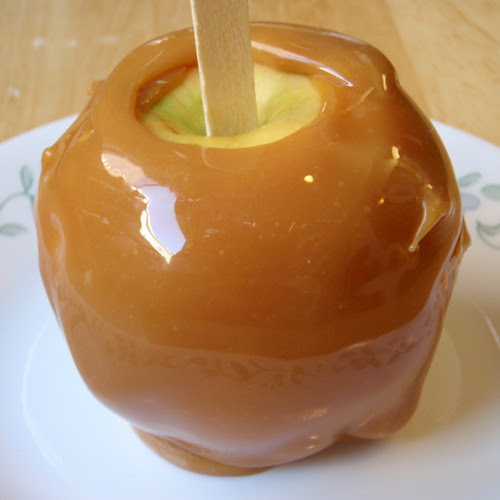 In another small microwave-safe bowl, melt the white candy melts in the microwave using the defrost option. Remove from microwave and stir. If not completely melted, return to microwave and defrost for another 30 seconds.

On a small plate, mix the brown sugar and cinnamon, making sure to crumble any lumps.

Once the caramel on the apple is not sticky anymore (but before it is frozen!), remove from the freezer. If necessary, try to push any caramel that has pooled to the bottom back onto the apple. Dip in the white candy melts, using a spoon if necessary to get the candy up the sides. 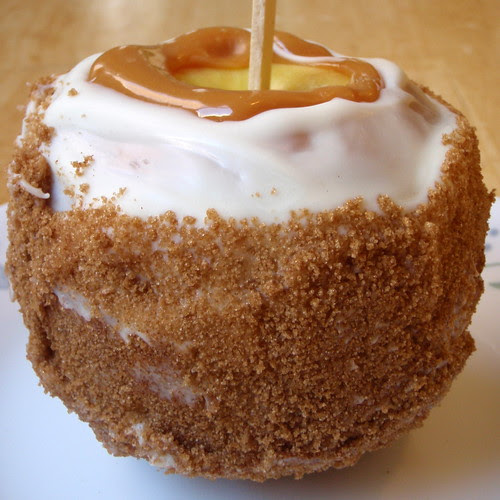 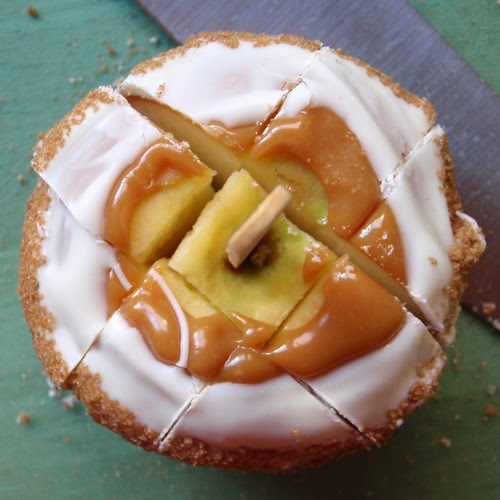 To serve, make 2 parallel slices almost all the way down both sides of the core, leaving the bottom 1/4" intact. Rotate 90 degrees and make 2 more similar parallel slices to give you 8 slices you can break off and the core in the middle. 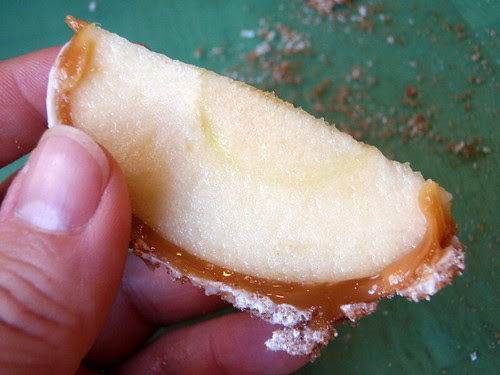 If you don't have a popsicle stick, you can probably get away without using one, but it's a lot easier to manipulate the apple in the caramel, melted white candy, and cinnamon sugar mixture if you have one.