So the story is, Jeff won Ilene's family over by making Peking duck for them before asking her parents' permission for her hand in marriage. And I happened to have a duck defrosting in the fridge, so I asked him if I could get his recipe. I'd perused many on-line versions, and they all seemed very complicated. Some had you drying the duck for hours, pouring boiling water over the skin and then drying it again before glazing it and drying it even more, and some even included using a bicycle pump to inflate the space between the duck skin and meat. Thankfully, the recipe that Jeff gave me was a lot simpler. The only stipulation: that I not post it because it's been handed down through his family over the years. I did get permission to post pictures of it, though, so here you go. 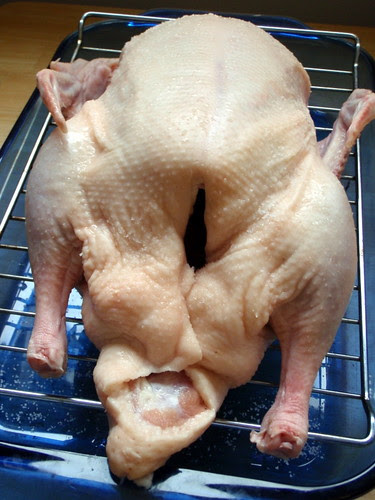 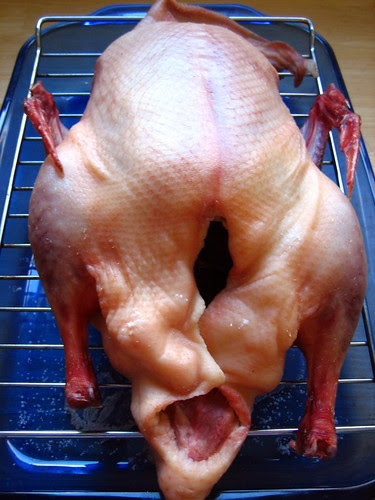 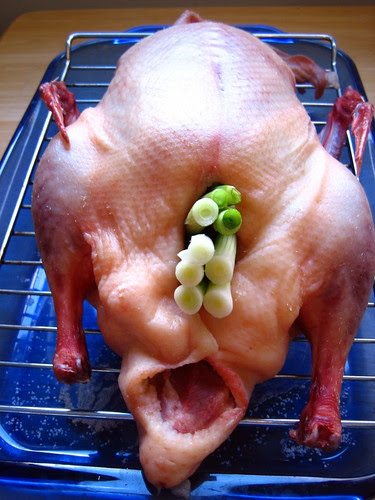 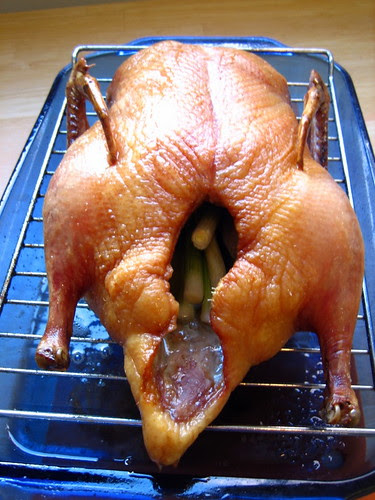 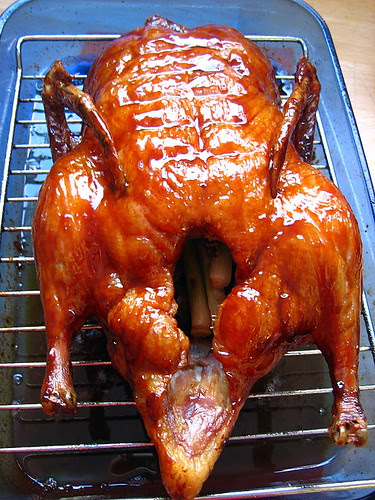 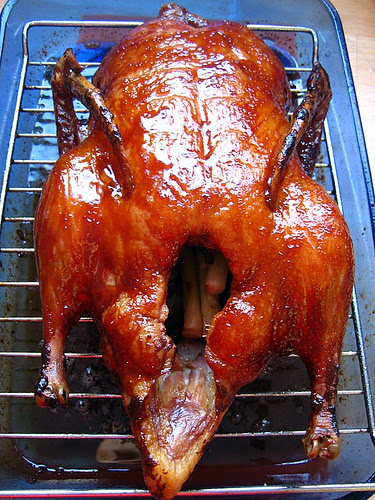 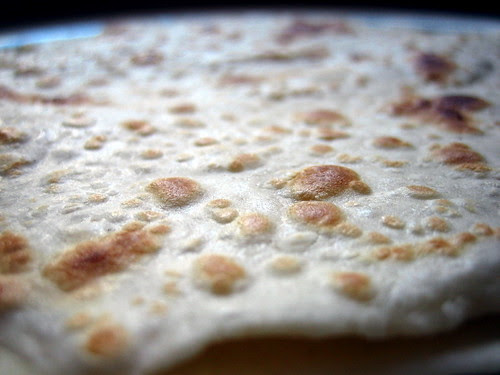 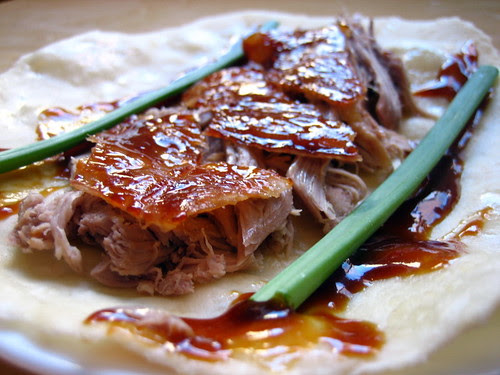 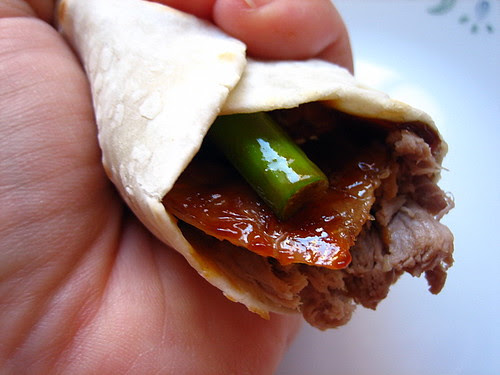 Jenny and Matt came over to taste test, and there were comments like, "I just don't want this to ever stop; it's so good."

So Ilene, you don't have to marry Jeff just to get the recipe; I can give it to you if you want it. ;)

Everyone else, I'll be accepting (and reserving the right to decline) marriage proposals. ^_^

More pictures here.
Posted by Joy at 9:30 AM