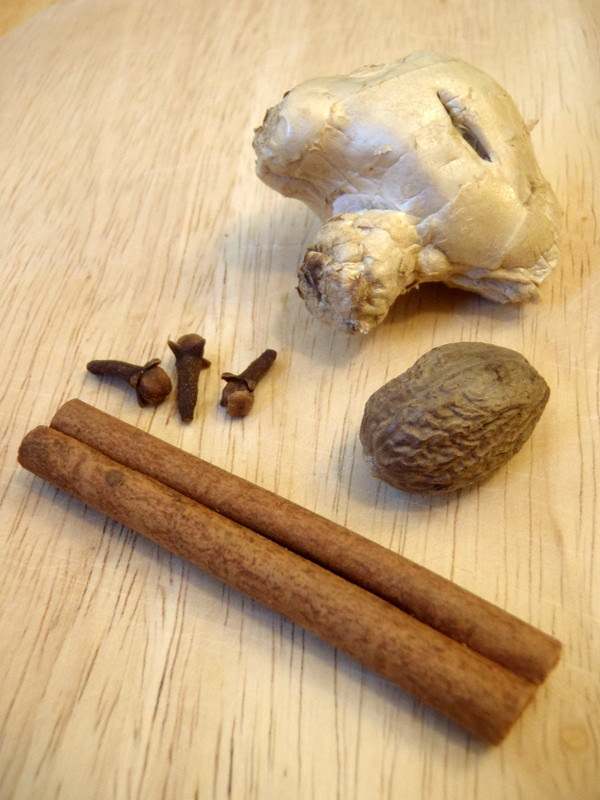 Now that I had my morning magical coffee routine down pat, I wanted to see if I could make a pumpkin spice latte with the magical coffee.  There's quite a few recipes on-line which use pumpkin puree, sugar, and store bought pumpkin spice, but I decided to mix it up a little and use pumpkin butter (I got mine from Trader Joe's) instead of the puree and sugar and make my own pumpkin spice since I had all the ingredients already. 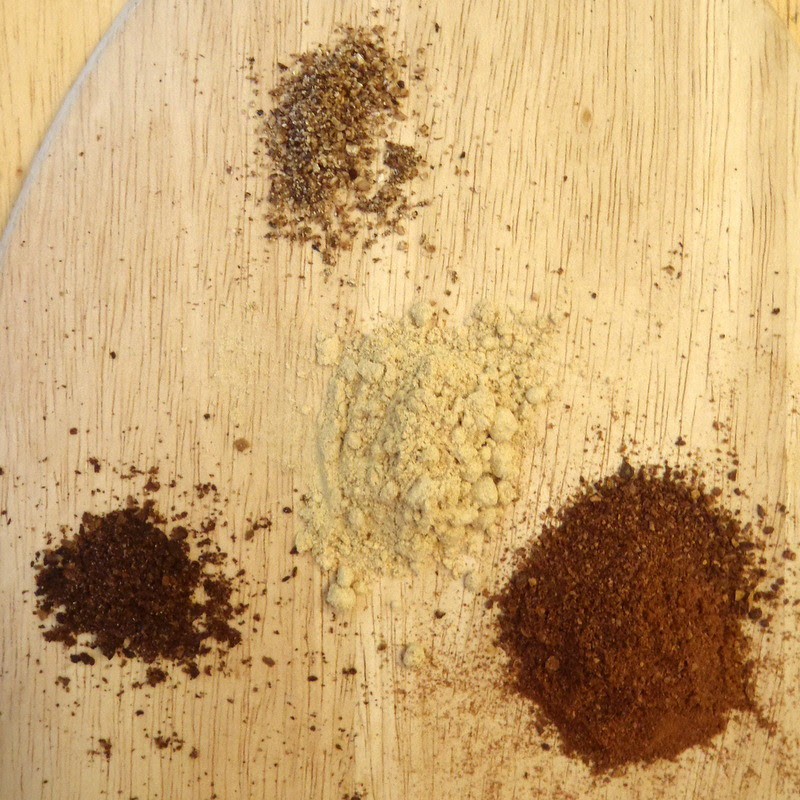 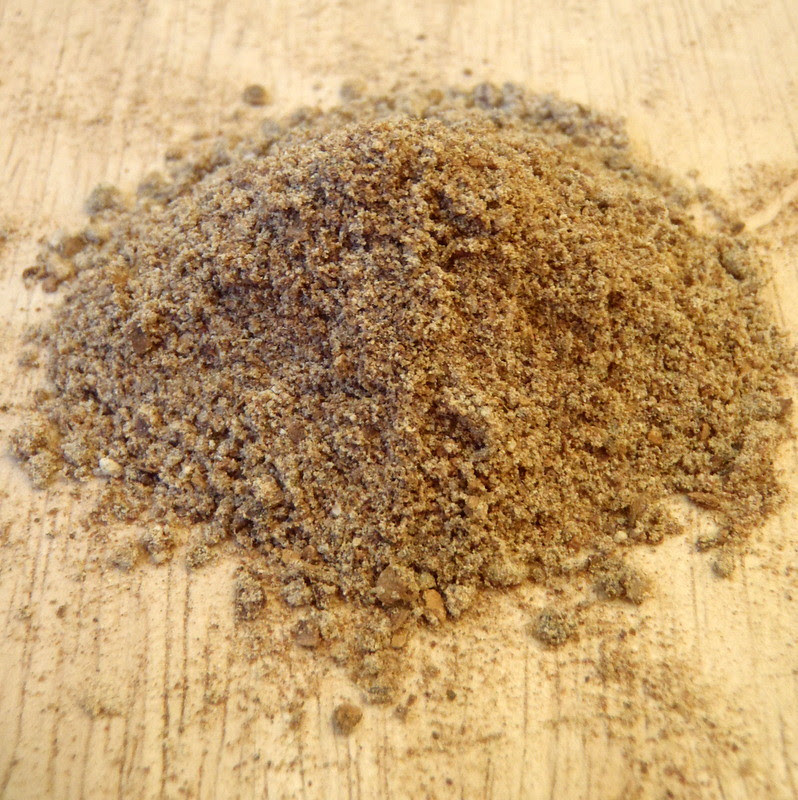 For an easy, iced magical pumpkin spice latte, I cold brew a half cup of coffee with a teaspoon of pumpkin spice, 2 tablespoons of brown sugar, and 2 cups of water. 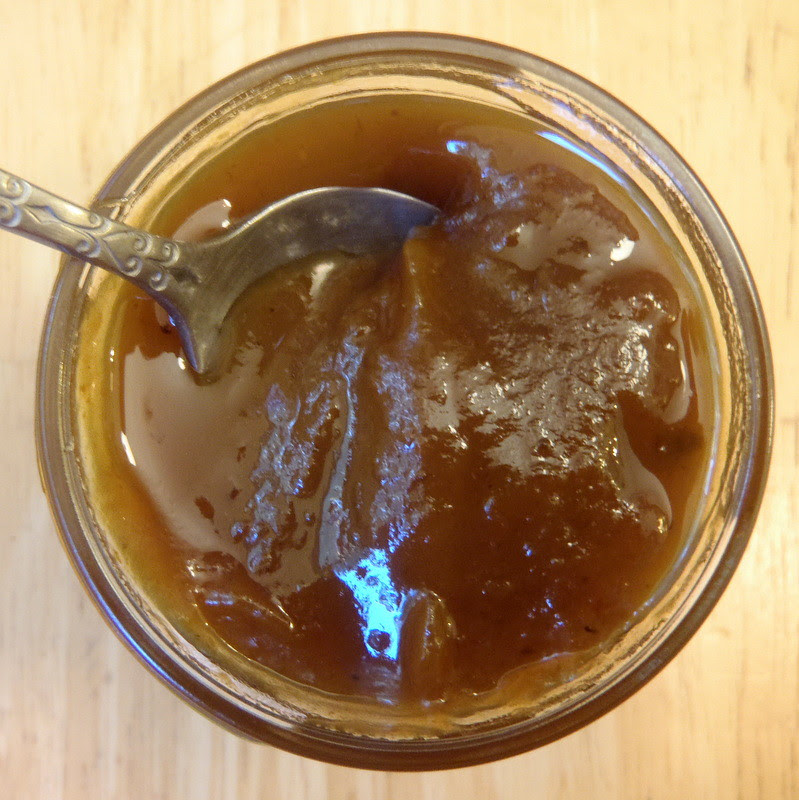 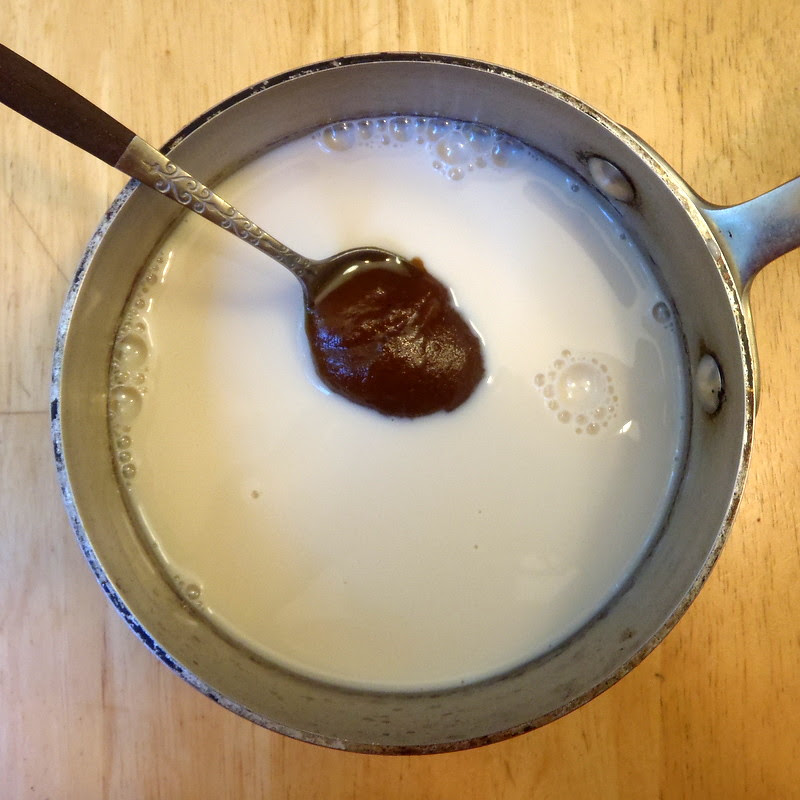 When I want a hot pumpkin spice latte, I make an extra strong cold brew since I'm going to be diluting it with a lot of hot milk.  I heat up vanilla soy milk and pumpkin butter until it just starts to simmer and then whip it up so it's nice and frothy. 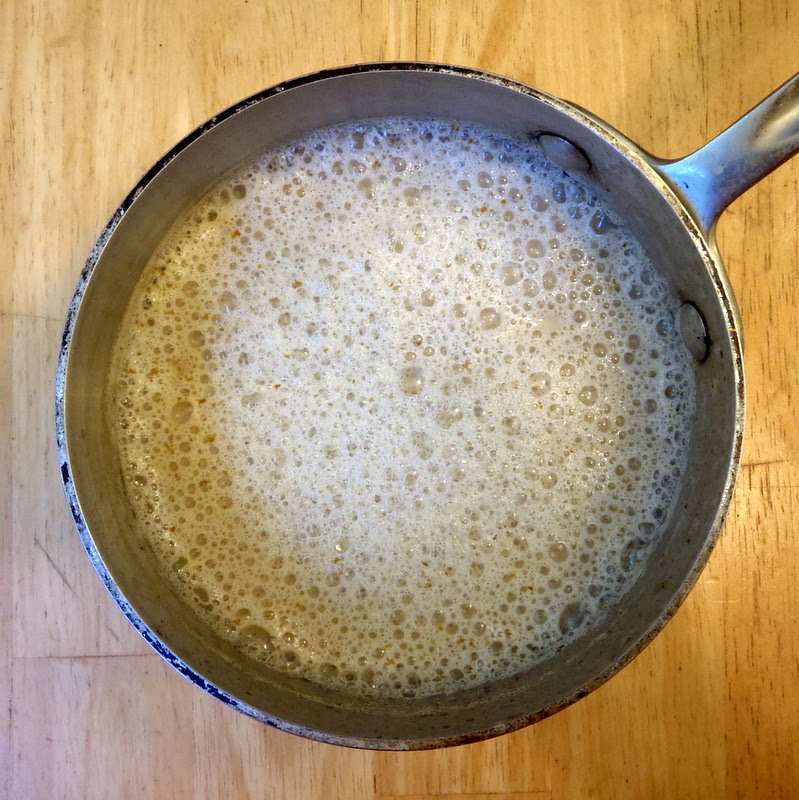 Transfer the pumpkin milk to a mug and add the extra strong magical coffee, topping off with coconut whipped cream and pumpkin spice. 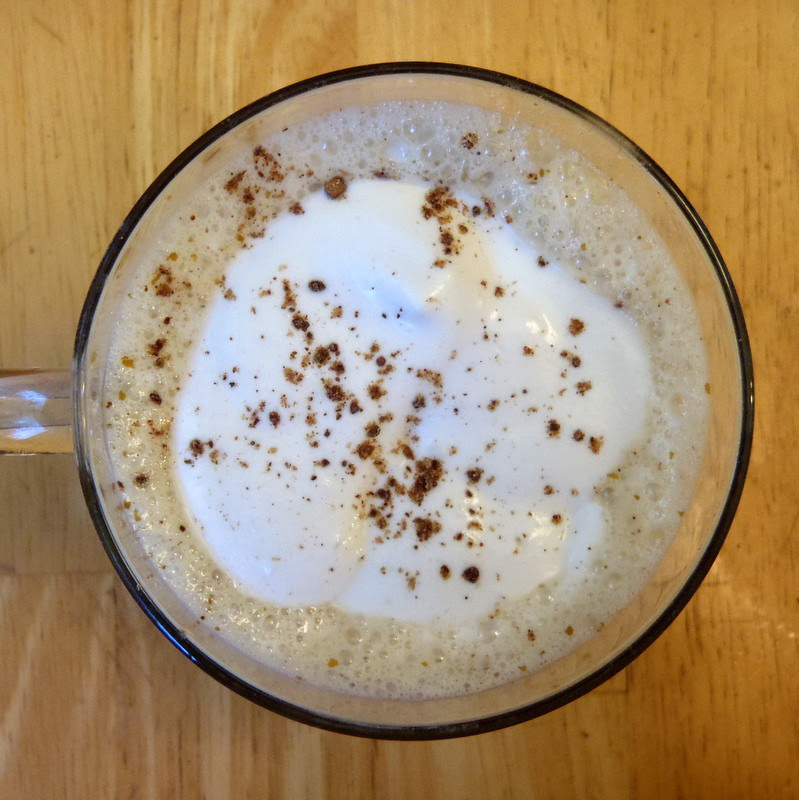 Since the pumpkin butter, vanilla soy milk, and magical coffee already contain sugar, I find that I don't need to add any more, but feel free to add more sweetener to taste.  I like that this homemade pumpkin spice latte isn't super sickening sweet like the Starbucks' one and doesn't have that weird fluorescent orange color either. 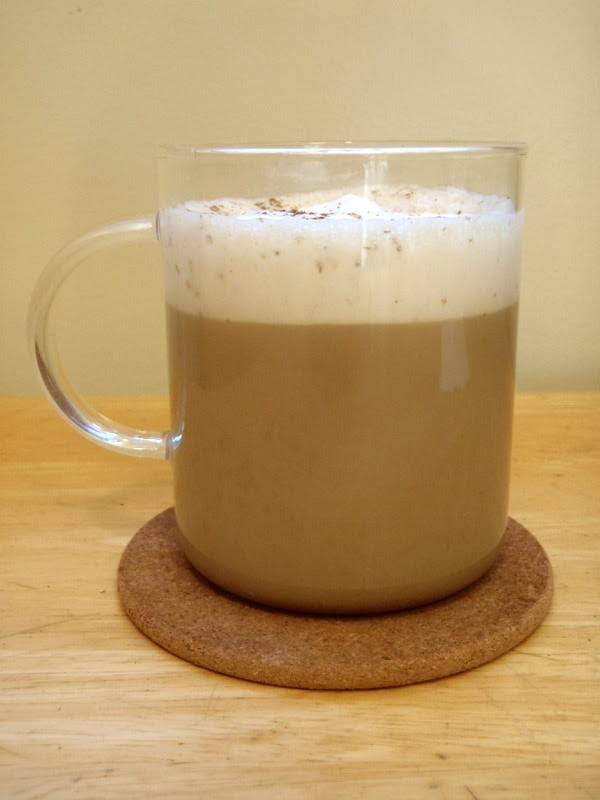 As another option, you can make a pumpkin spice frappuccino by blending ice with extra strong cold brew, pumpkin butter, and milk.  I've found that the pumpkin butter is also excellent on toasted amnesty bread.  =)
Posted by Joy at 9:49 AM