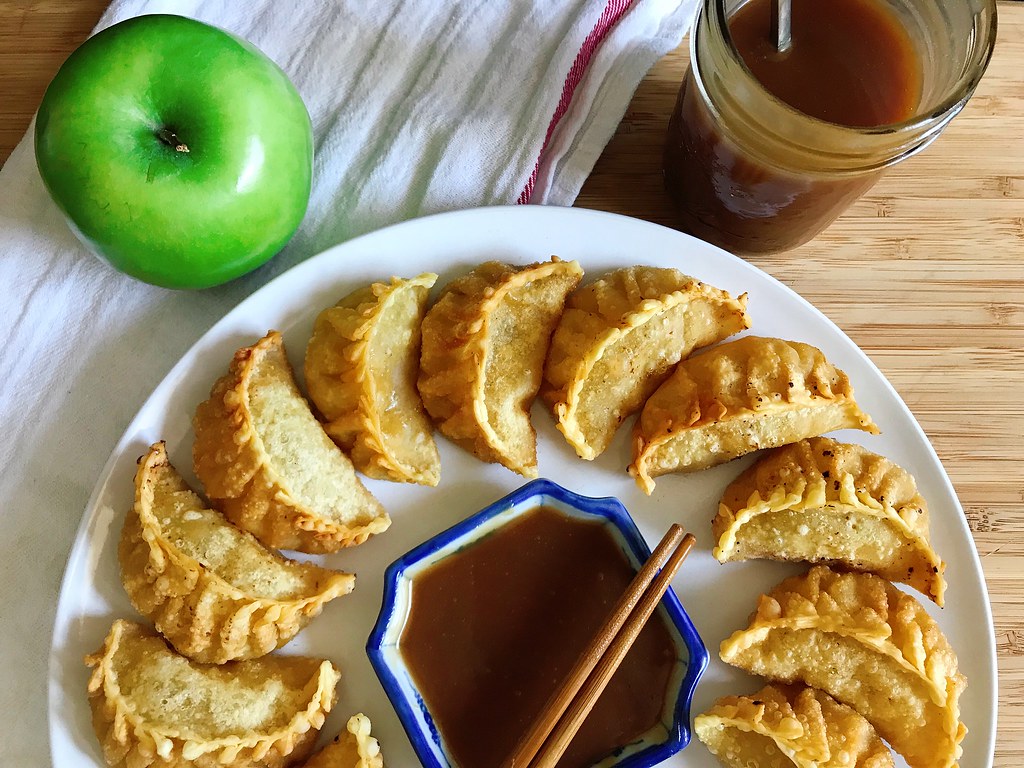 You know how sometimes something is really, really hyped up and you're just like, "uh huh, okay, but it can't actually be that amazing."  Well, I just wanted to let you know that miso caramel is *actually* that amazing!  I first heard about it on Food52, but then I noticed that some of my favorite food bloggers were also incorporating it into their apple pies and raving about it.  It is rather rich and strong so it might not be for everyone, but if you like salted caramel and miso, you'll probably love this caramel too.  The best way I can describe it is "flavor bomb".  Try it on ice cream, in apple pies, with apple slices, or just straight out of the jar! 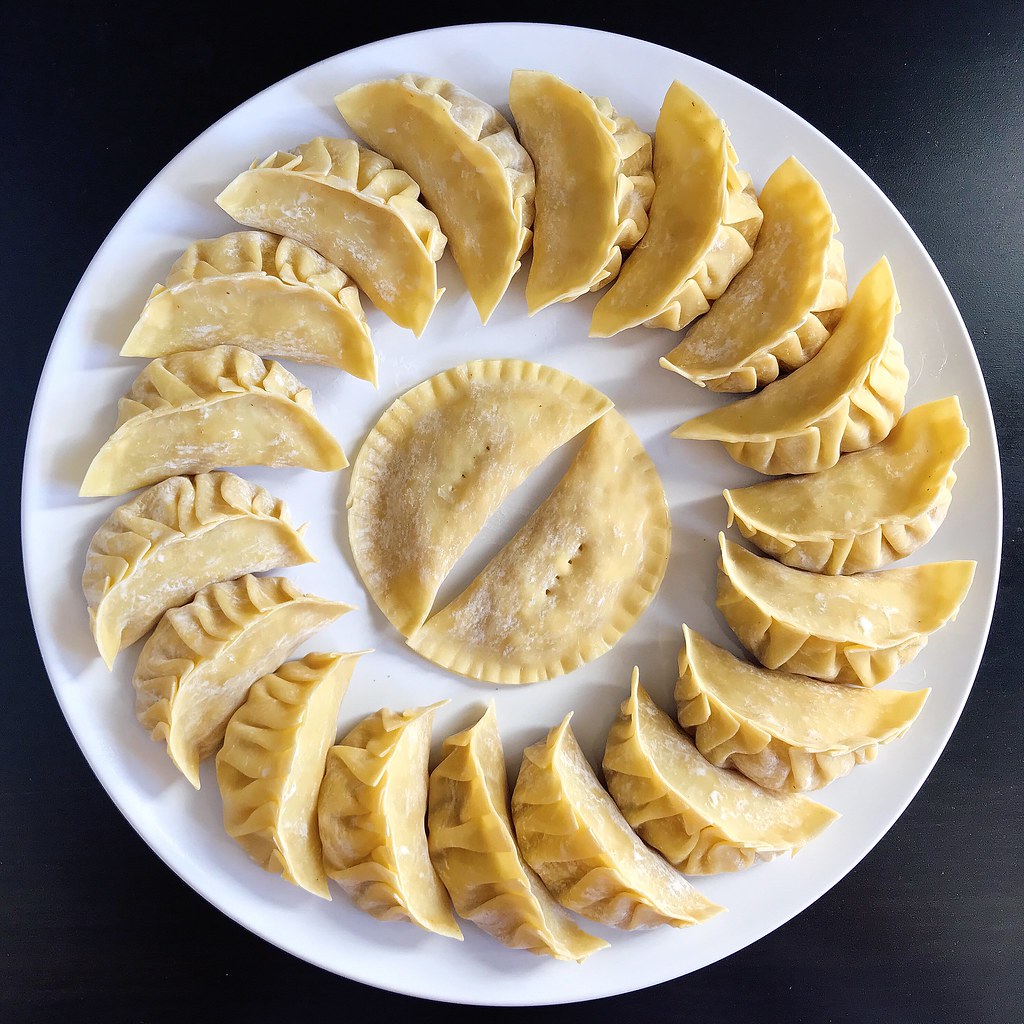 The reason I even decided to make miso caramel is because I was invited by Rebecca and Ruth from Square Meal Round Table to join a fall collaboration with a bunch of other Instagrammers/food bloggers centered around the prompt #Aisforalltheapples.  I had the idea to make apple dumplings, but not the American baked kind using pastry dough; I wanted to make them with Hong Kong style dumpling skins and shape them like pot stickers.  Get it?  Instead of pan-frying them, though, I was going to deep fry them like McDonald's used to fry their apple pies!  And I figured to continue with the Asian twist, I'd pair the apple dumplings with miso caramel sauce. 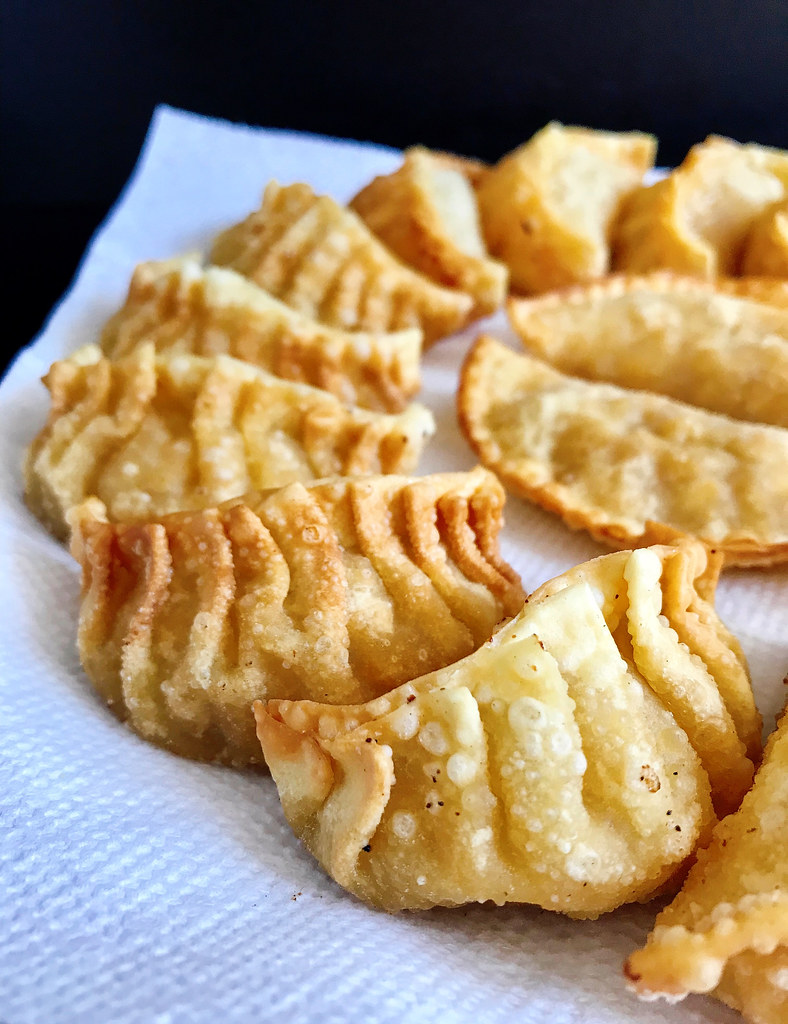 When it came time to shape the dumplings, I decided to go a little crazy with the pleating since I knew I wasn't making that many, but it's entirely unnecessary to do that many pleats.  In fact, I also experimented with making a couple that were just folded in half, sealed, and then crimped with a fork so that the looked like little hand pies (see above).  This shape was actually the easiest to fry evenly and dip in the caramel, so I'd probably make them this way in the future, unless I specifically wanted the pot sticker shape. 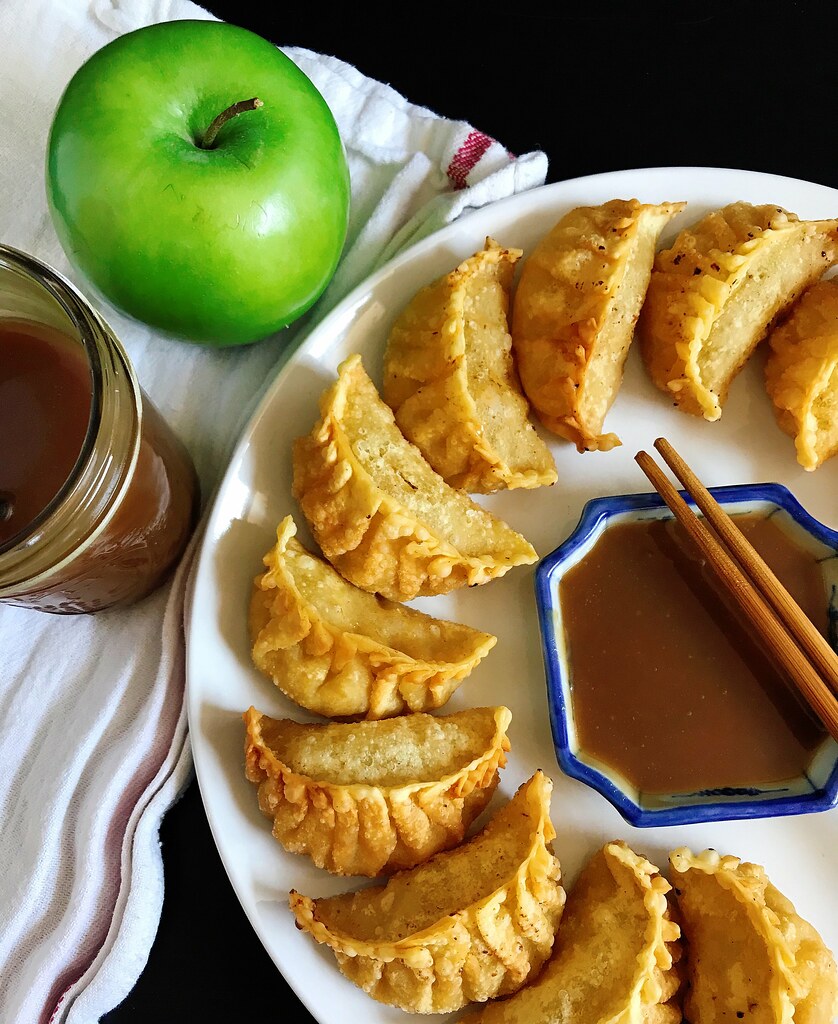 Peel the apples and finely dice.  Mix with the brown sugar, cinnamon, cornstarch, and salt in a small saucepan.  Heat over medium-low heat for about 5 minutes, until the apples are tender and liquid starts to form.  Transfer to a bowl and allow to cool to room temperature.

Wet the edges of the dumpling skins and fill with the apple mixture.  Seal tightly.

Heat the oil in a pot to 350°F.  Fry the dumplings until golden brown and drain on a paper towel-lined plate.  Serve immediately with the miso caramel dipping sauce (recipe below).

Heat the sugar and water over medium-high heat in a medium saucepan.  Bring to a boil and continue to cook without stirring until it turns a medium amber and wisps of smoke just start to appear.  Immediately remove from heat and whisk in the heavy cream.  If the caramel seizes, just return the pan to low heat and continue to whisk until everything is liquid again.  Whisk in the miso.  Pour into a glass jar and store in the refrigerator if not using immediately.  Rewarm briefly in the microwave before using after refrigeration. 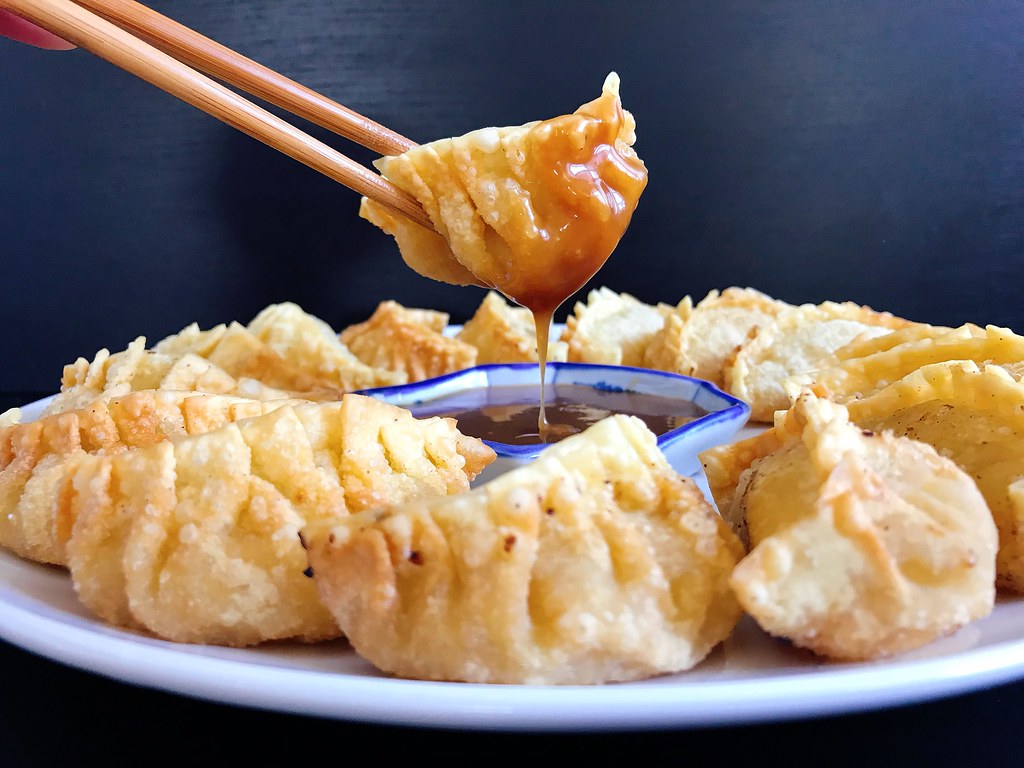 Check out the rest of the entries in this collaboration below!