The first thing I thought of when I was trying to figure out how to use up the four foot baguette was panzanella, a salad made with stale bread cubes and tomatoes.  It's something I've been interested in making for a while but just never had enough bread to do so.  Well, problem solved.

A quick search on the internet brought me to this post called "The Best Panzanella You'll Ever Have".  Good enough for me.  More importantly, this recipe didn't use cucumbers, which I'm not a big fan of. 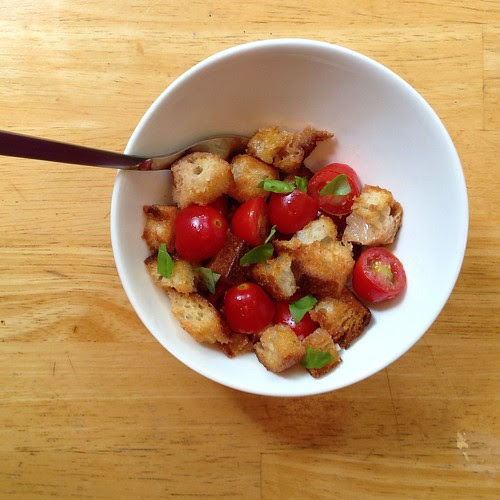 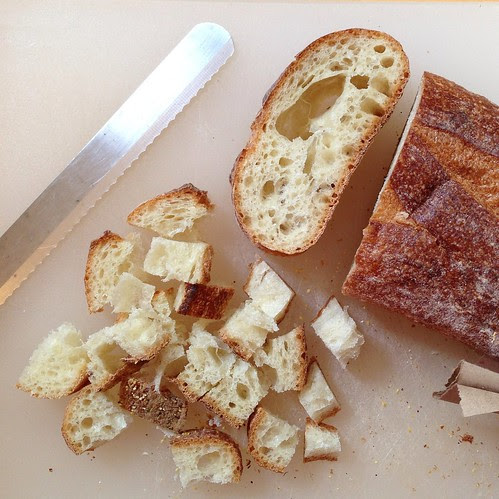 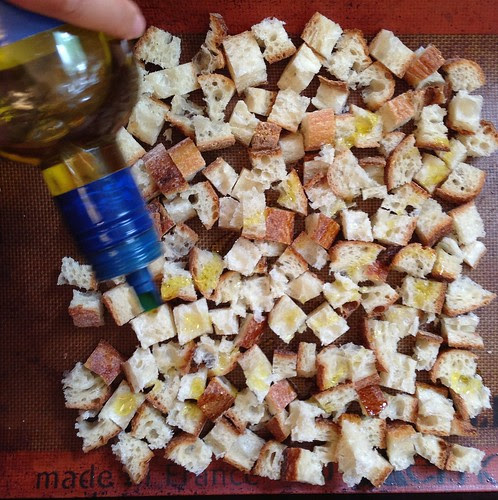 Place the bread cubes on a large, parchment of Silpat-lined baking sheet. Drizzle bread cubes with the 1 1/2 tablespoons of olive oil. Season with salt and pepper to taste. Lightly toss bread cubes to coat in the oil and seasoning. 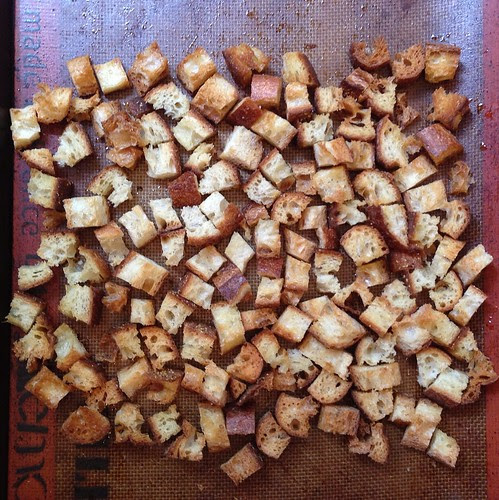 Place coated bread cubes in the oven and bake for 10 to 12 minutes, or until croutons are golden brown and crunchy. Remove and set aside. 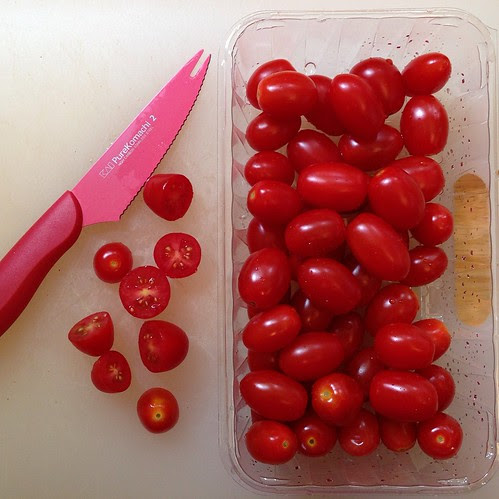 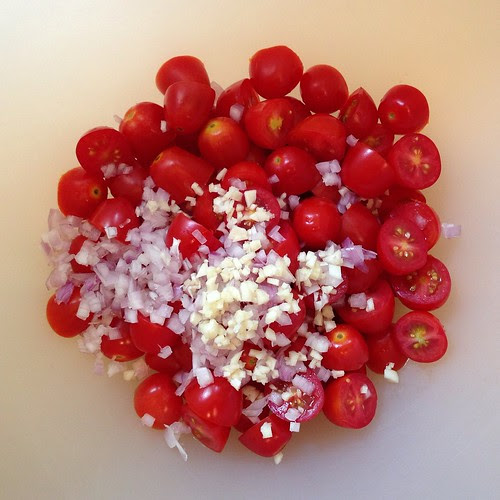 Stir to combine. Allow this mixture to sit for at least 10 minutes. The longer it sits, the juicier the tomatoes will be. 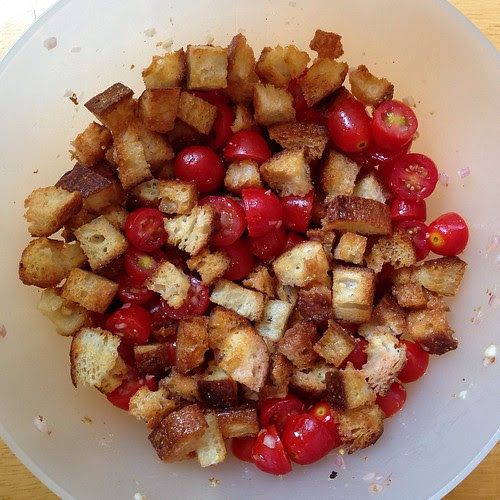 Toss the croutons with the dressed tomatoes in the large bowl. Allow this mixture to sit for about 15 minutes, stirring it up here and there to distribute the dressing. 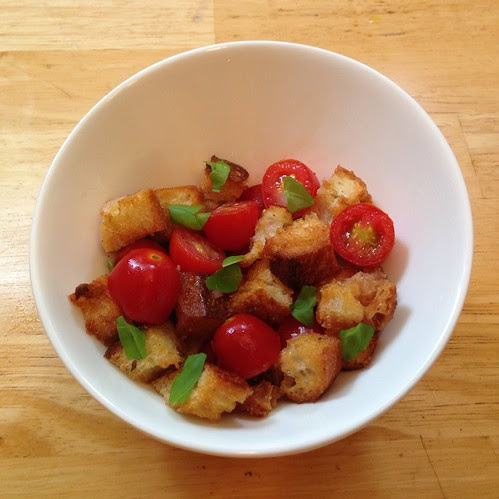 Transfer the tomatoes and croutons to your serving bowl. Roughly chop or tear the basil leaves and scatter them on top of the panzanella.  Add some fresh mozzarella if you like. 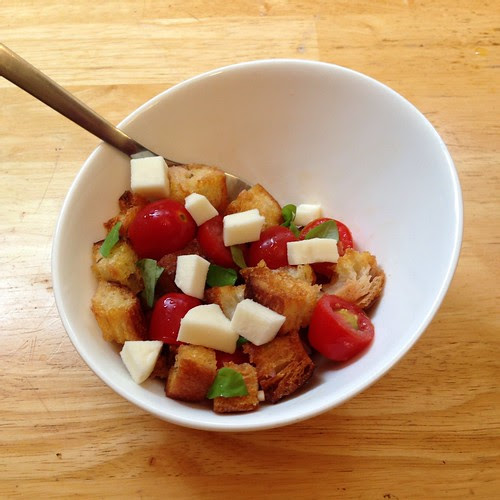 You can keep any leftovers in the fridge for a few days; I think it actually tastes better the next day!

Next:  A French Toast Face Off
Previously:  BLT with Avocado and Basil Mayonnaise
Posted by Joy at 9:58 AM