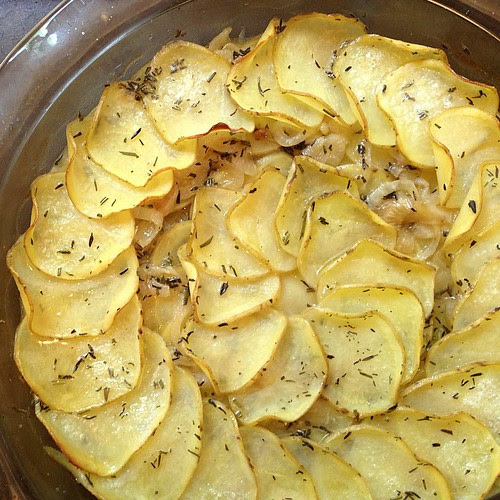 I got yet another pound of potatoes in my Boston Organics delivery and was trying to figure out a new way to eat it.  I love potatoes, but I was a little tired of having them crashed or dominoed.  Then while watching the season 1 premiere of Gordon Ramsay's The F Word, inspiration struck.  He made something called potatoes boulangère, which look like scalloped potatoes but without all the cheese or cream.  I had never heard of it before, and I didn't even know how to spell it, so I had to look up the episode to figure it out.

Basically, you layer thinly sliced potatoes with onions and then braise the whole thing in the oven with some stock.  It's amazingly simple, but if you take the time of arrange the layers, can look very elegant.  I chose to follow the recipe from the James Beard Foundation which has you sweat the onions first until golden, adding a some depth to the flavor.  I also sprinkled in some chopped rosemary and thyme, adding another dimension of flavor.

The addition of the stock and the braising method of cooking is what sets this dish apart from a potato galette.  The stock you add is absorbed by the potatoes and onions and really infuses it all with a nice shot of umami.  By braising it in the oven, you get a nice gradient of texture, from the crispy browned edges to the soft, melt-in-your-mouth layers in the middle.  It's so good I have to admit I ate half the dish in one sitting. 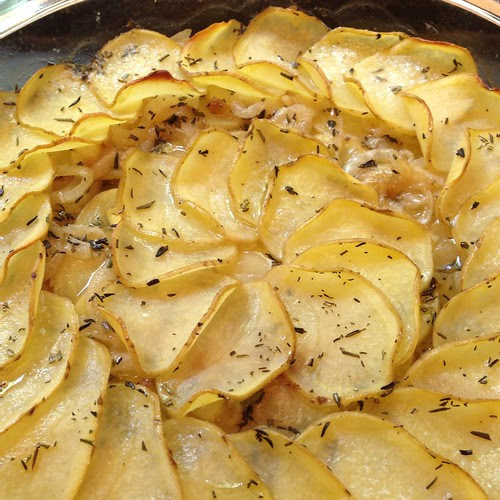 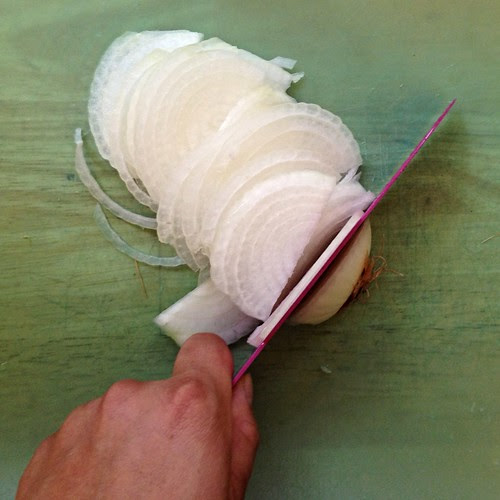 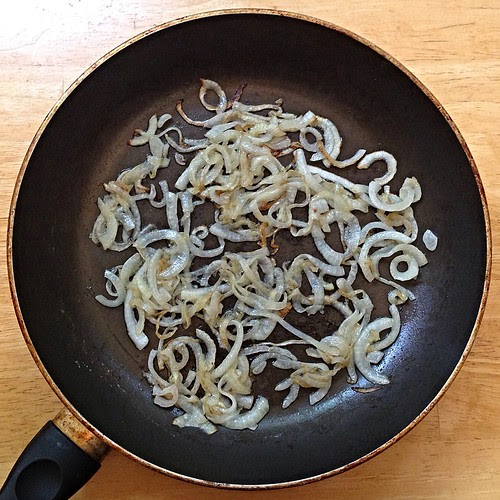 Heat 2 tablespoons of the butter and the oil in a skillet and add onions. Cook until golden and soft (not brown), shaking the pan occasionally. Drain, saving the liquid. 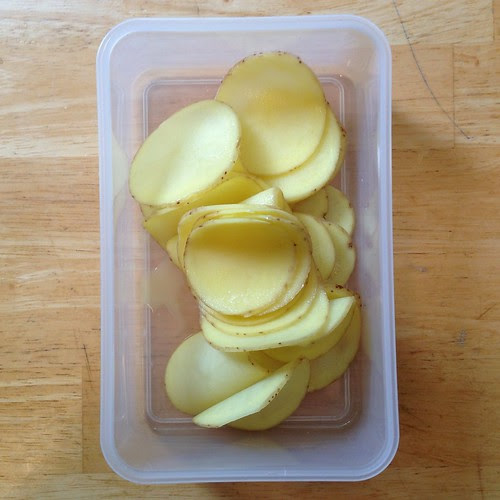 Using a mandoline, slice the potatoes into paper-thin slices.  (I left the skin on this time, but you can also peel the skin off beforehand.) 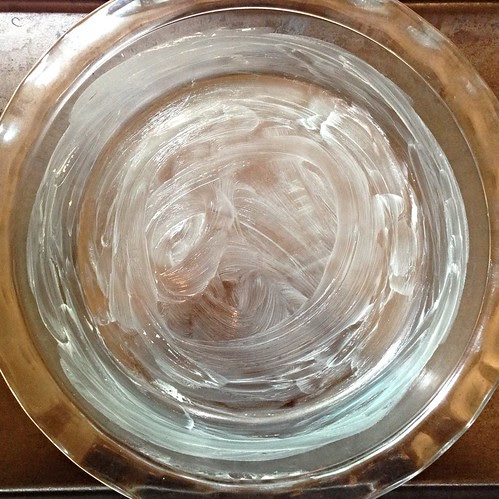 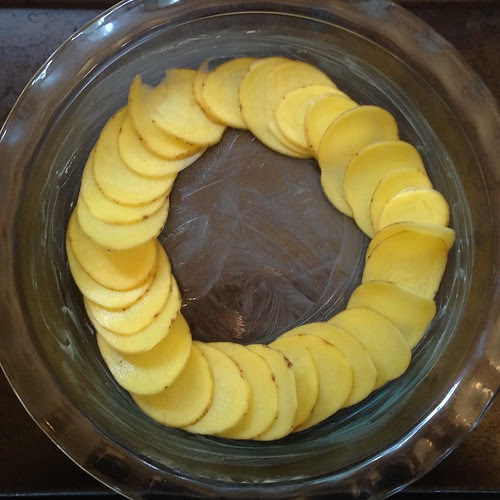 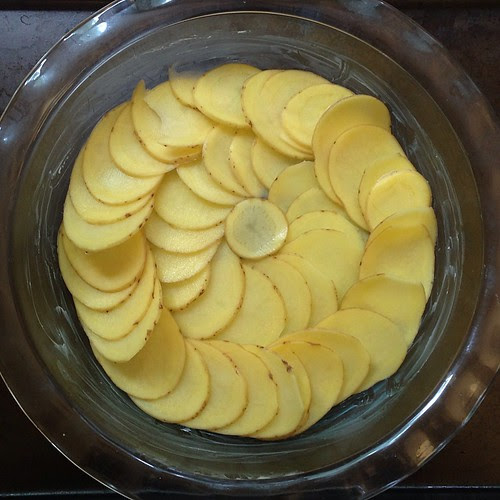 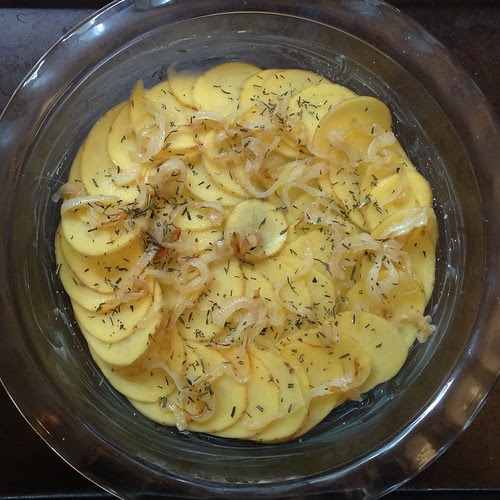 Put in a layer of potatoes, followed by a layer of onions. Season with the chopped herbs, salt, and pepper. 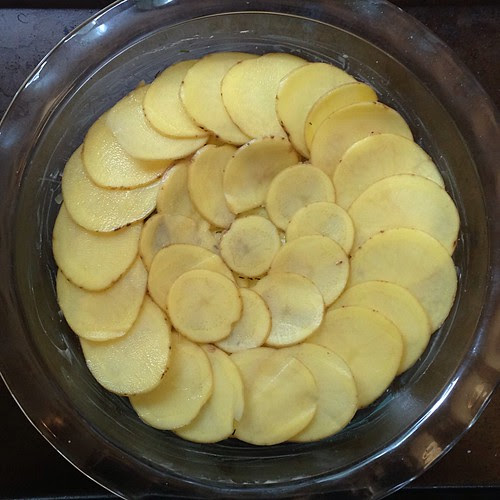 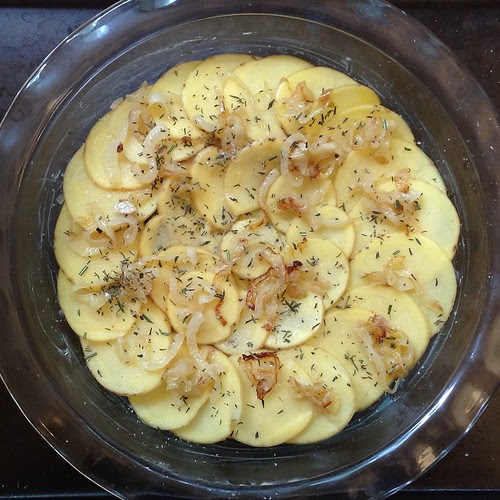 Continue to make layers of potatoes and onions, seasoning the layers, and end with a top layer of potatoes. 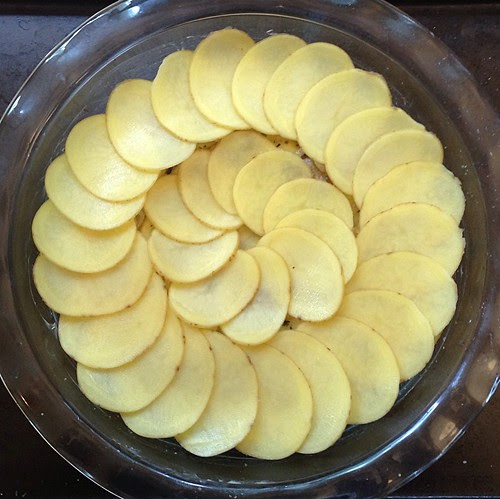 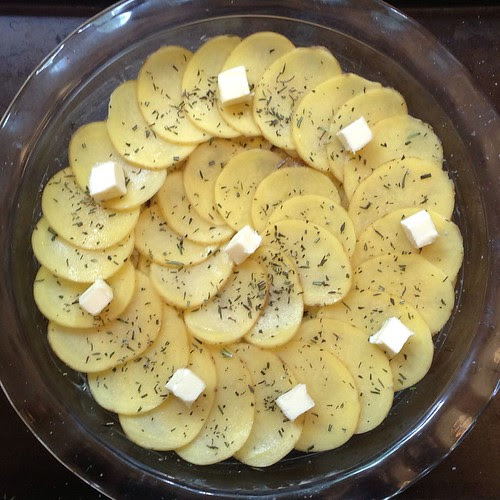 Season with more chopped herbs, salt, and pepper and dot with remaining butter. 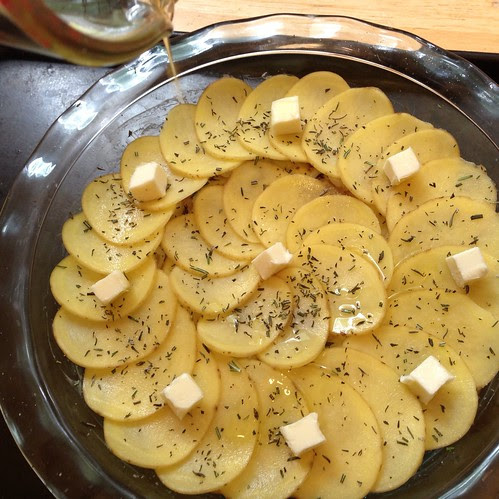 Pour on the liquid from the onions and the stock. 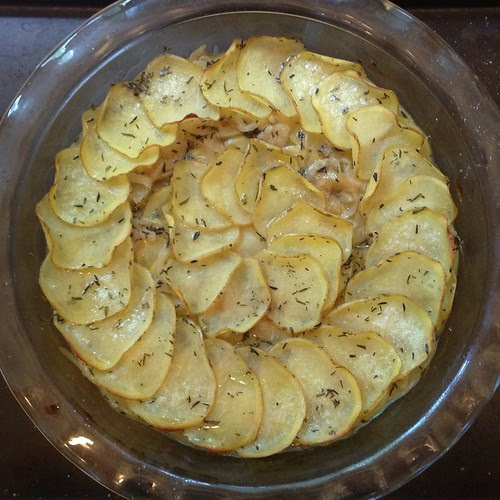 Bake about 30 or 40 minutes, until the liquid has been absorbed and the potatoes test tender with a fork. 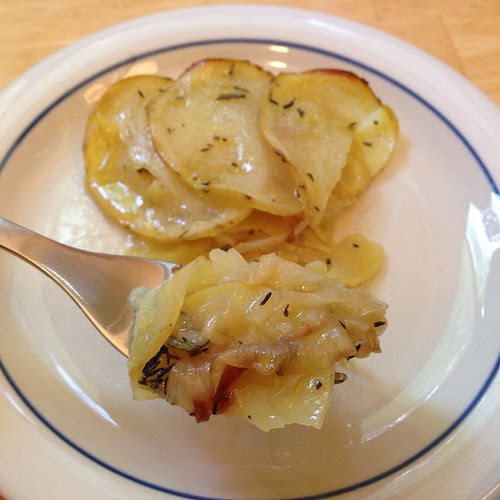 Honestly, you could just fill in all the bottom layers haphazardly and just make the top layer look all pretty, and you'd get the same effect!